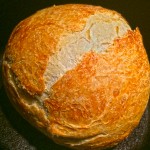 Homemade chewy, moist bread with a crunchy crust is something I attempted for years. I’ve tried a variety of bread bibles, baking stones, clay cloches, brotforms, multiple gadgets and techniques to make the kind of bread I was aiming for. Turns out, the very easiest technique I tried ended up creating exactly the kind of bread I wanted. 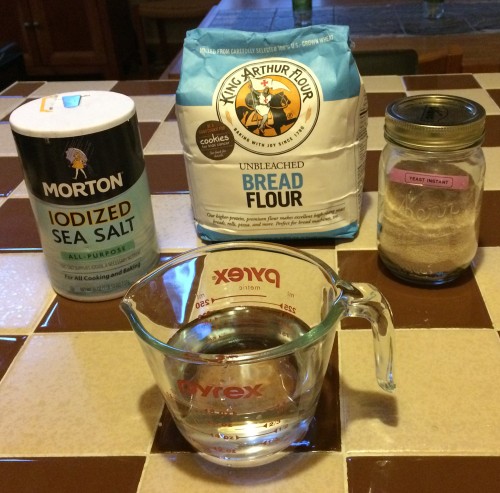 Put the ingredients, in order, in a 2- or 4-quart mixing bowl. Mix ’em together. 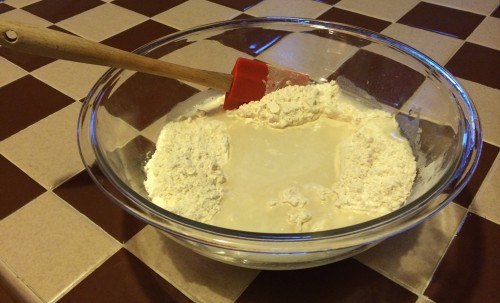 The dough will look shaggy when completely mixed. 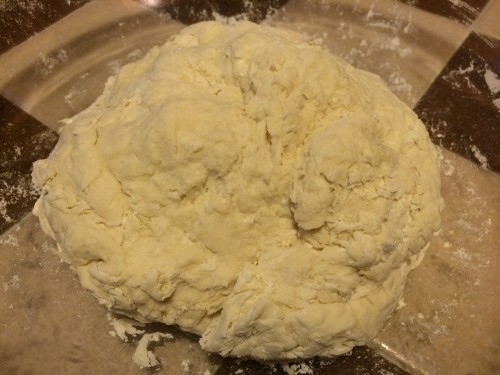 Step 2 – Let the dough do its thing, overnight recommended

Put a cover on the bowl, or plastic wrap if the bowl doesn’t come with a cover.

I have a 5-quart dutch oven that works perfectly. 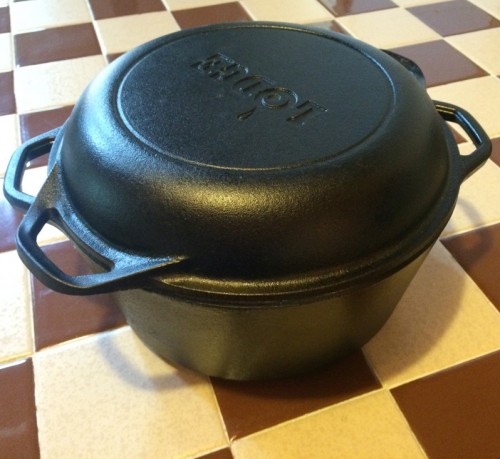 Your dough should look very sticky and shiny at this point – not shaggy at all. 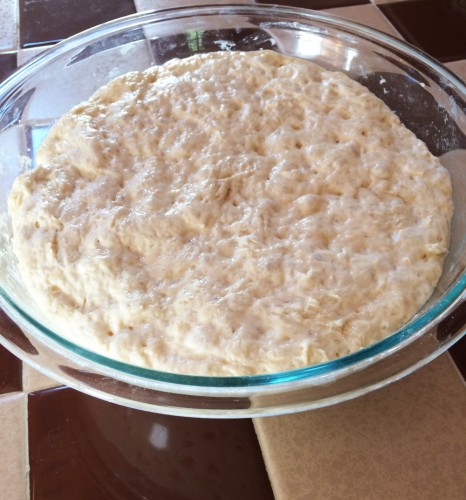 Sprinkle a couple tablespoons of bread flour over the dough. I tap the bowl lightly while turning it, slightly tipped, to distribute the flour to the edges. Once the flour is at the edges, I take a rubber spatula and start to ease it down the sides of the dough. Then I tip and turn the bowl to loosen the dough while the flour slides down its sides. 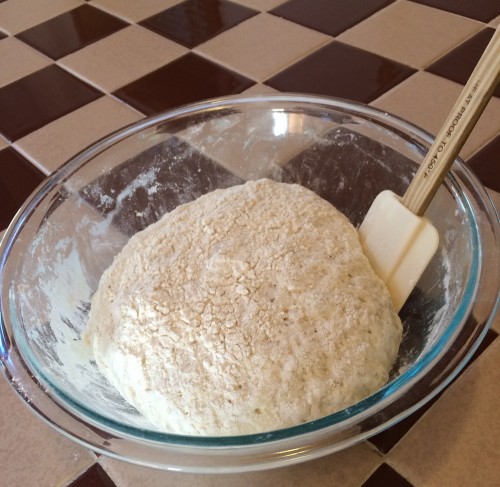 After most of the outside of the dough is covered in flour, I swirl the bowl lightly to form a flour-covered ball. It’s easier than it sounds. The main idea here is to form the dough into a ball WITHOUT KNEADING. There is NO KNEADING required. Easy peasy. 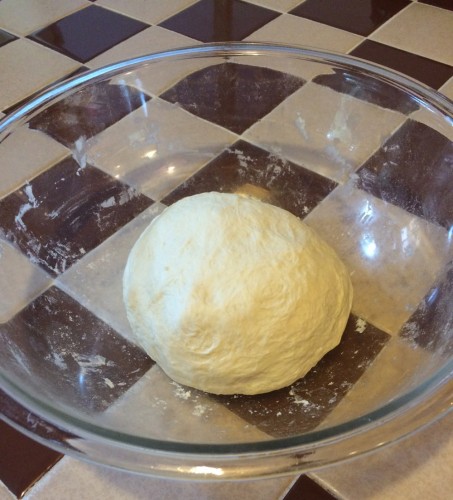 Step 5 – Put your loaf into the preheated Dutch oven, put the lid on, lower temperature to 450F, and bake 30 minutes 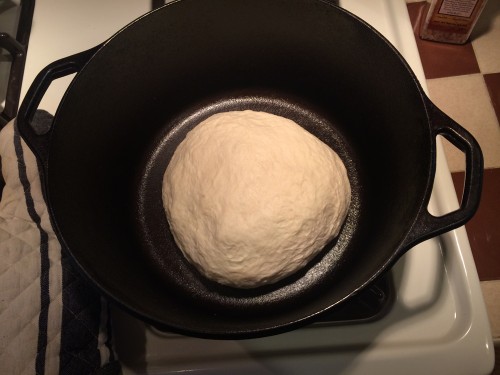 After 30 minutes, your bread should look lightly cooked – see below. 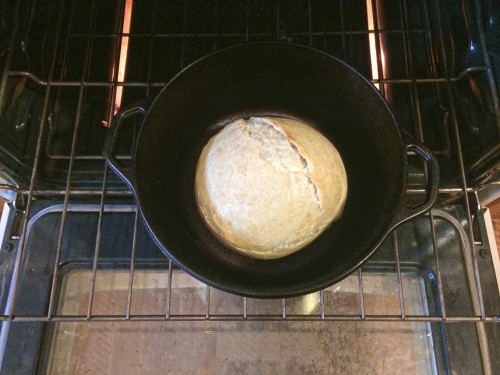 Step 7 – Check the crust, take your bread out to cool

After 10-15 minutes, the crust should look like the pic below. 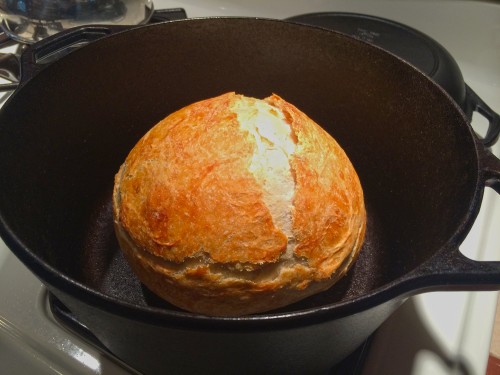 Take your bread out to cool and voila! Crusty bread ready to serve or save for later.