As a brand new beekeeper with lots of newbie questions, I learned pretty quickly there is no one right answer to most of my questions. Questions like: 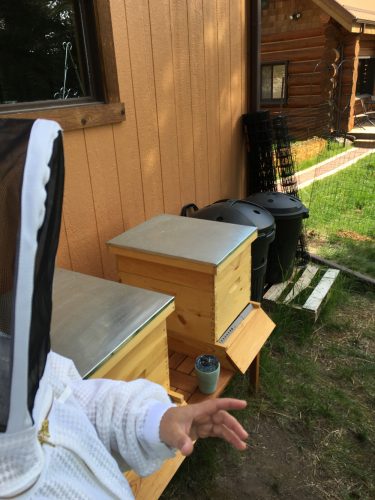 How much should I feed my new bees? It depends — folks say you don’t want them to weaken and starve just as they’re getting established, but you do want them to have an incentive to forage on their own. Knowing the right amount to feed takes watching the bees — are they actively foraging and are they coming back heavy with pollen and nectar? Is the activity of the hive increasing, diminishing, or staying about the same? When you’re an inexperienced beekeeper like I am, you have to accept there will be a learning curve as you gain experience about what an adequate amount of foraging is, or what levels and patterns of activity indicate a healthy hive. I ended up feeding each hive 2 quarts of syrup twice over the last couple of weeks (part of which they stored in the comb they built in the top feeder). Was it the right amount? They seem to be doing well and have lots of forage blooming locally, so I’m going to guess it was adequate.

How often should I check on my new bees? That, too, depends — most agree you want to check frequently enough to ensure the queen is present and laying eggs, new frames are being drawn out, there is brood a different stages, and honey and pollen are being stored. However, you don’t want to check so much that you’re stressing out the bees unnecessarily. Some recommend checking a few times a week in the beginning to get to know what’s normal for your bees. Some say a couple times a month is sufficient. I’ve been watching mine from the outside every day to see if there is any change in their behavior, so decided checking inside the hive once a week is enough. So far I’ve seen both queens both times, new frames are being drawn, I’ve seen capped brood, honey, and pollen stored. I haven’t yet seen eggs or uncapped larvae — mostly because there are so many bees covering each frame. Since both queens seem to be doing well, I’m not going to worry about it. I’ll likely check again in another week, and if everything looks good go to every two weeks.

Should I treat my bees for mites and disease? The answers to this question appear to be controversial and aren’t simple. On one hand, bee populations are under a lot of stress from varroa mites, pesticides, nosema, foul brood, and other diseases and predators. On the other hand, by treating bees we give weaker bees a chance to survive when they otherwise would have been taken out of the gene pool.  If we want to give bees the best chance of survival, is it better to continue to intervene with treatments, or is it better to let the strong survive and strengthen the overall gene pool over time — of course risking the loss of entire hives in the process? Are natural treatments that give bees a short-term leg up on survival with no known long-term effects okay since bee populations are in jeopardy and need the help until they’re stronger? To me, treating with chemicals as a preventative would create a downward spiral of increasingly weaker bee populations overall. I think I’ll have to keep an eye on the hives, pay attention for signs of mites or disease, and deal with those as naturally as possible on a case-by-case basis.

Other random things I’ve learned so far are: 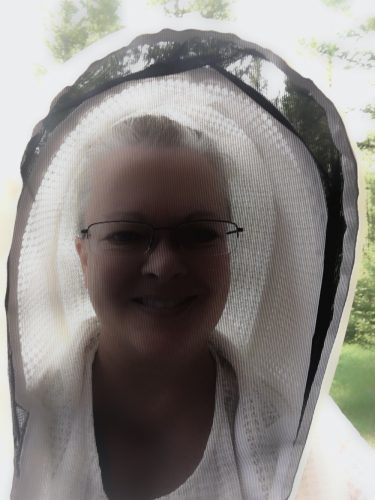