Grow your own. Buy in bulk. Make it from scratch. Those are the three guidelines I follow whenever possible, and in that order. 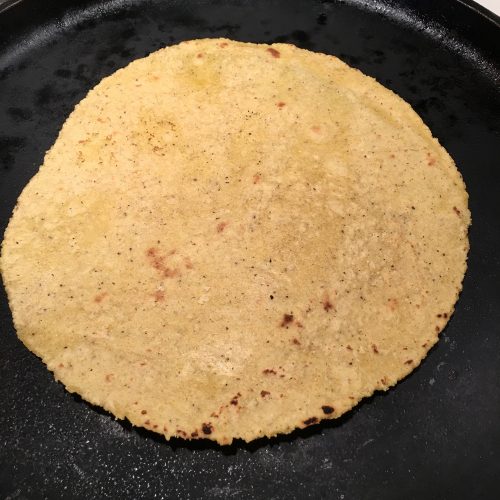 My most recent DIY experiment is making tortillas the old fashioned way (here’s the whole grain corn tortilla recipe I used), starting from hard field corn and processing from there. I didn’t grow my own corn this year, so purchased a 25 lb. bag of organic field corn from Great River Milling. 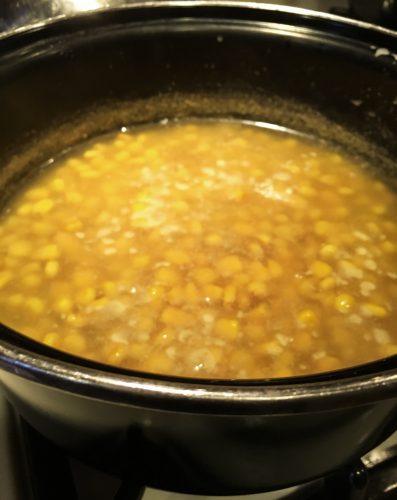 Ancient techniques for processing field corn call for simmering the hard kernels in an alkali solution first. From what I’ve read, processing the corn this way makes its niacin available to human body — in addition to other health benefits. I used food-grade pickling lime for my alkali solution. That’s “lime” as in “limestone” and not the fruit.

For my first try making homemade tortillas from scratch, I started by simmering the hard field corn in a solution of pickling lime and filtered water. The recipe called for letting it rest overnight, but I couldn’t get to it until 24 hours later and that worked fine.

The next night I rinsed the kernels thoroughly, rubbing them together to remove the skins. For this batch, not much skin came off. I didn’t worry about it too much. Once the kernels were rinsed of remaining lime residue, I put them into my Vitamix blender. 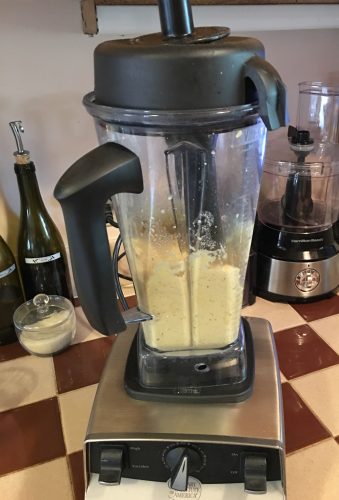 I blended the kernels, tamping down and adding water as needed, until they formed a firm slurry. 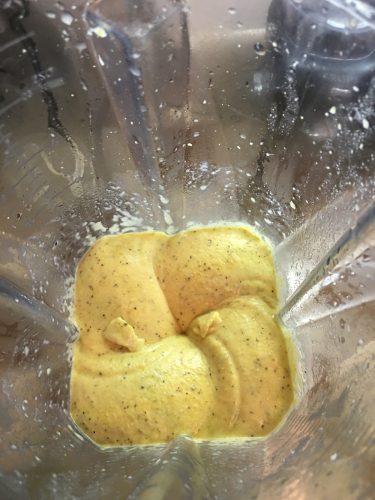 I’d read that it’s difficult to grind the kernels fine enough without a special masa grinder, so I opted to add more water and a little salt to taste. 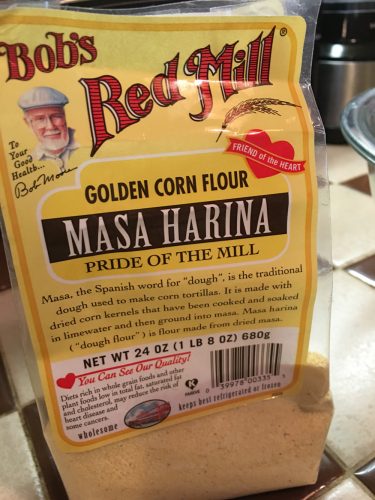 Once the blending was done, I transferred the slurry into a bowl and added pre-made masa harina. Ideally I’d have liked to use organic masa harina, but couldn’t find any in the store. Bob’s Red Mill claims to use all non-GMO grains, so that seemed like the next best thing. 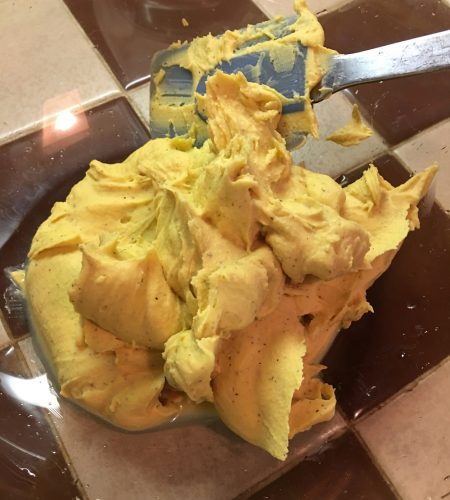 I mixed in a little pre-made masa harina at a time, until I made a firm dough. 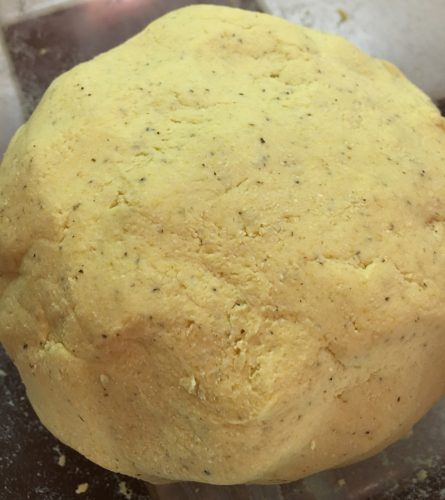 From there I  formed balls of the dough into between the size of a golf ball and baseball, and got out my tortilla press. 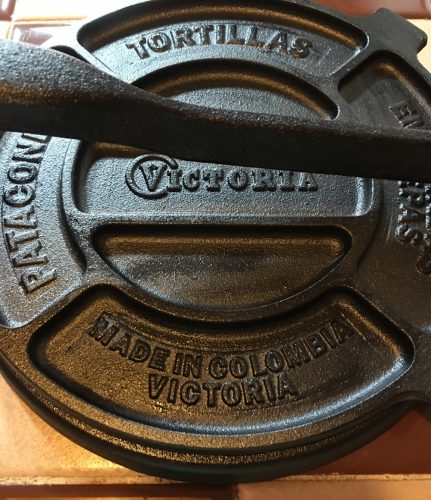 I pressed the balls of dough in the tortilla press between two sheets of plastic. In this case I cut a gallon-size Ziploc bag in half and used that. 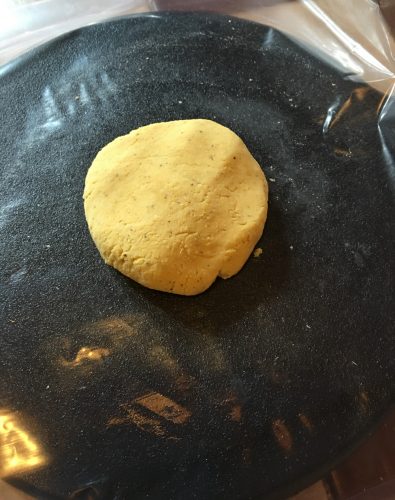 After flattening, I peeled the dough from the plastic and placed it on a dry hot griddle. I cooked each tortilla individually,  flipping frequently, for about 5 minutes. 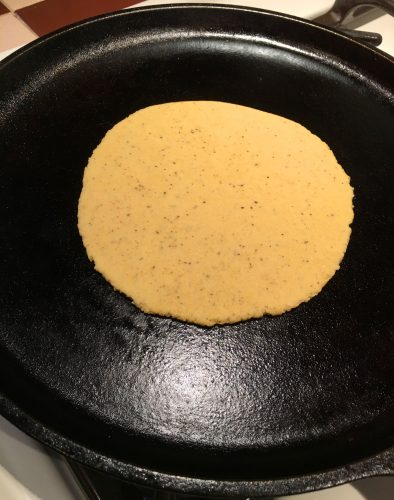 As the tortillas were ready and to keep them moist, I dampened a flour sack towel and wrapped the them as the rest finished cooking. Fifteen seconds or so in the microwave heat them perfectly before serving. I placed the leftovers, still wrapped in the damp cloth, in a Ziploc bag in the fridge. The next day I tossed one on the griddle for a few minutes and it was nearly as good as the evening before. 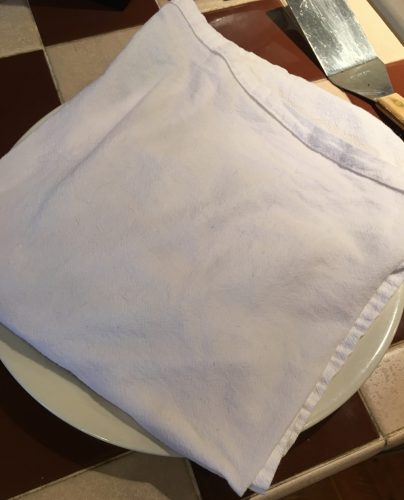 Next I’m going to try using my food processor and adding as little pre-made masa harina to the nixtamalized corn possible. I’ll post an update here when I make a go at the next batch!