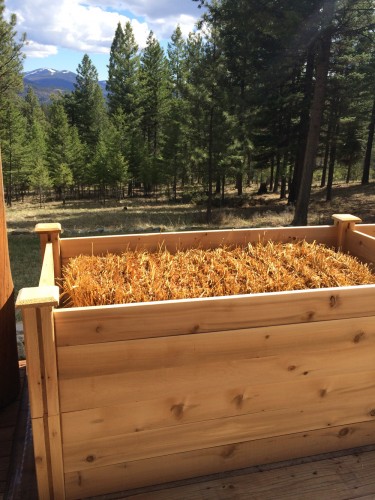 Ambitions for a full-size garden this year have been downsized to a small straw bale starter garden. I learned our soil is poor for growing all but the hardiest of plants, and will need some work to make it garden healthy — unless I wanted to buy a few thousand dollars worth of soil and amendments, that is. 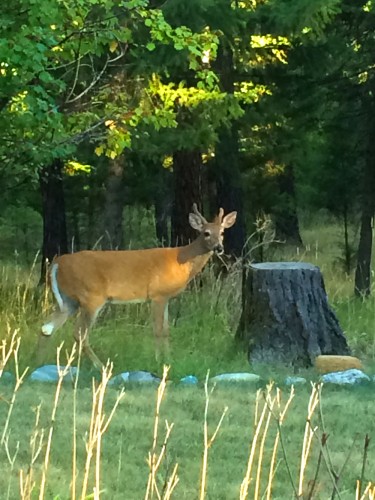 Deer are a second issue. We have a couple herds that cruise through several times a day eating everything edible. I’d rather not put fences up everywhere if I can avoid having them clutter up the landscape. 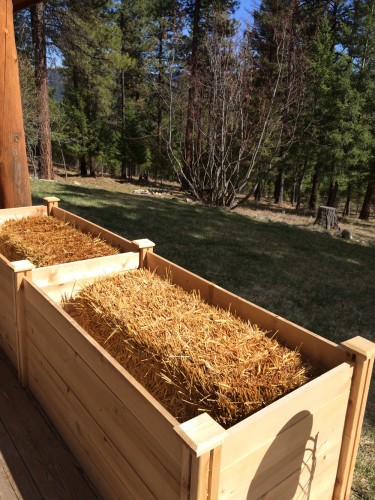 So, this year I’m starting with a straw bale mini-garden in a 8’x 2′ container on the deck. I’m installing a motion-detecting sprinkler in front of the containers and lily bed to see if that keeps the deer away. As soon as the sprinkler detects motion, it sends several strong blasts of water in that direction. I’ve heard from others that these work well for keeping deer and other critters away. If they work, I’ll install a few around next year’s garden instead of a fence.