Learning new ways of using ingredients interests me, so I picked up a book on making artisan vegan cheeses. I usually prefer beans, nuts, vegetables and fruits over dairy and meat as a dietary staple, though I’m down with a healthy wild or small-farm raised turkey or tasty free-range elk steak.

Vegan “cheddar” needs a new name. It’s a tasty product on its own.  A great cheddar made from milk is its own thing, as is its vegan homage.

The key to making a vegan cheddar is a sour starter the author of the cookbook I used calls “rejuvelac.” Rejuvelac is based in fermented grains, similar to what you would use in beer making. That gives the vegan cheese its cultured tang. To make mine, I soaked a cup of wheat berries overnight, rinsed and drained them for a couple days until they sprouted tails. Then I split them into two quart Ball jars, filled each with 3 cups filtered water, and let sit for a few days until the water was milky and slightly sour. 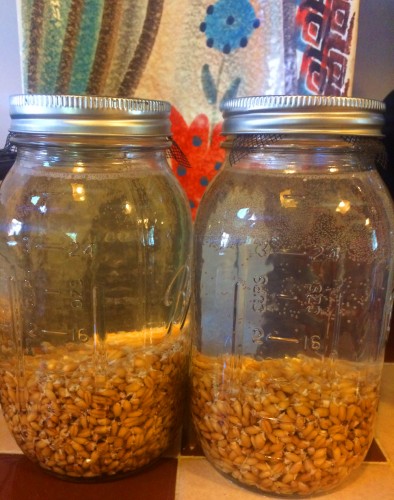 I drained the sour water from the jar to use in the vegan cheese. The spent wheat berries went into compost. Rejuvelac will last for a few weeks in the fridge if you don’t want to use it right away. Once the rejuvelac was ready, I made the cheese base for fermenting.

I used a recipe from Artisan Vegan Cheese by Miyoko Schinner. The process is easy, though requires a few ingredients you might need to order in advance if you can’t purchase it in your local natural foods store — like nutritional yeast, miso, carrageenan, and xanthan gum. Soak 2 cups of raw cashews in water for 3-8 hours, drain them, blend them with the rejuvelac, nurtitional yeast, canola oil, miso, and salt until smooth. 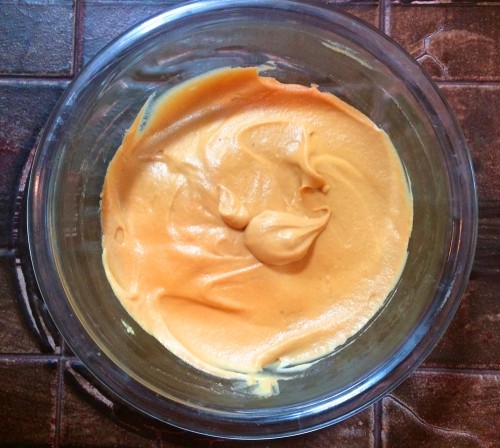 Then let ferment for up to 3 days, depending on how sharp you like your cheese. I chose to ferment for 72 hours. Once fermented, put in a saucepan, add the carrageenan and xanthan gum, and stir at medium heat until smooth and starting to turn into a ball. It takes a bit of stirring at first since the fermented mixture is pretty stiff once you put the thickening agents in the mix, but it eases up with a little stirring effort. 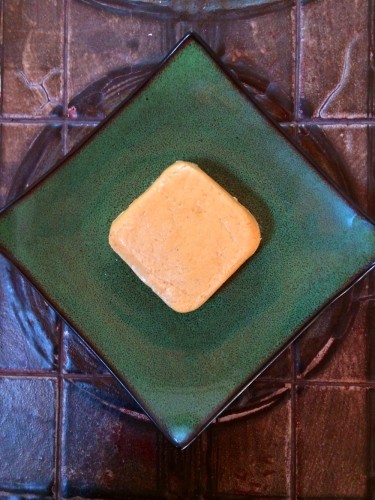 Once it’s smooth, let the mixture cool in a glass container and refrigerate for 6 or more hours before slicing. I like it better than cheese — it is an umami bomb with a tang that I haven’t tasted in any other food. Any suggestions for a new name?