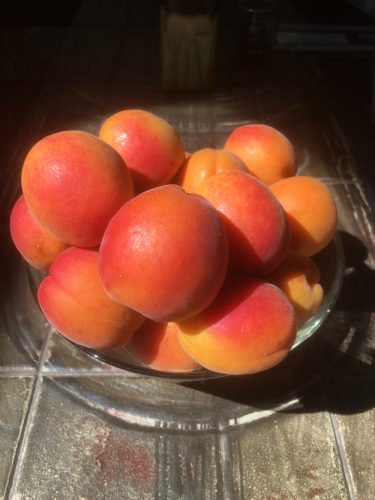 Apricots are in season! One of my favorite stone fruits both for eating fresh and preserving through the winter.

Apricot jam made the traditional way has so many uses. 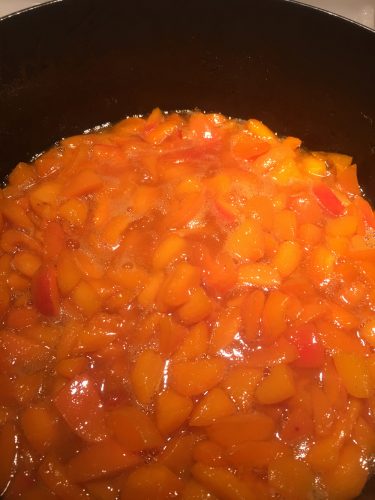 The resulting preserves are more runny than preserves made with added pectin. If you like a firmer jam, you can look for a recipe using pectin. I like the less firm version myself. It’s great for adding to ice cream, shortcakes, and other desserts in addition to spreading on warm toast.

Freezing Apricots for Pies and Tarts

I like having individual pie/tart size bags of apricot slices frozen (about a quart) for making desserts during the winter. Just toss the slices (1/4″-1/2″ thick at the wide end) with a little sugar and a little lemon juice, put them in labeled quart ziplock freezer bags, and freeze flat. When you’re ready to make that nice galette, thaw a bag and off you go.

The remaining apricots went into strudel. 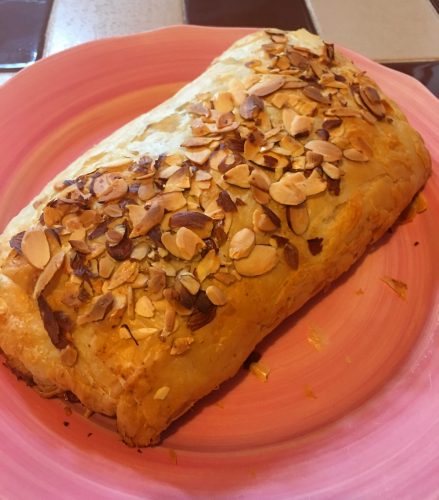 For this recipe I used frozen filo dough, which in my opinion is just as good as home made and no comparison easier. Thaw the filo dough (one package — usually there are two packages in one box) overnight in the fridge first. Sliced almonds are a nice addition if you have some around. 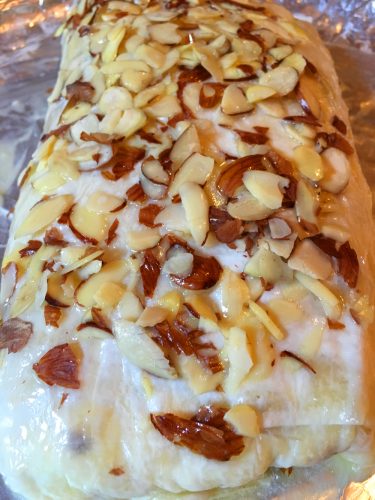 Place in the 400F oven for 30 minutes or until golden brown, and you’re done. You can experiment with adding less sugar and fresh sage for a more savory side dish option, too!