Advice to start with two hives is a good one. I’ve had my hives a little over a month, and started to notice the population of one dropping off considerably the last few days. I’ve also noticed comparatively more drones around the weaker hive. The queen is present and alive in the weak hive, but there is also a fair amount of drone comb. From what I’ve read, it tells me I probably have an infertile queen who is laying eggs, but those eggs are all hatching into drones since they only have one set of chromosomes. 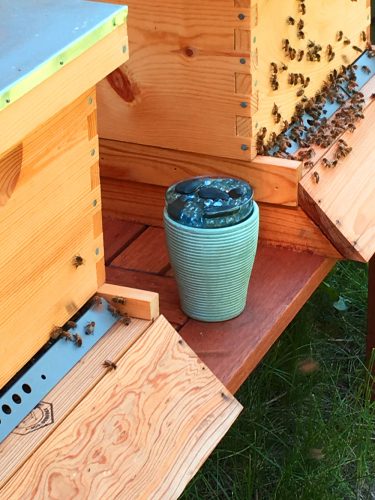 I don’t know that I would have noticed had I not had the stronger hive to compare to. Looks like I’ll have to re-queen the weak hive and get rid of the infertile queen. The remaining workers seem to be doing well. Here’s one bellying up to the bee bar I created near the hive for extra water. 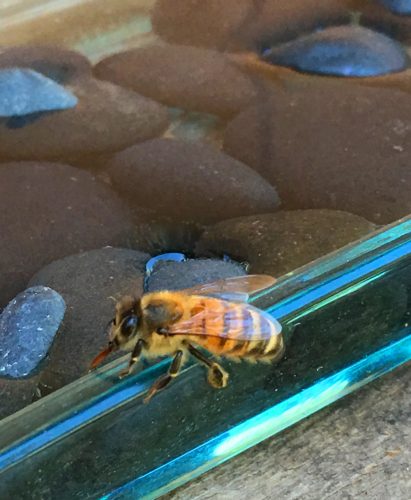 UPDATE: The weak hive has rebounded! Maybe there was a delay in new bees hatching which made it seem like the hive was getting full of drones. The turnaround has been dramatic, with an explosion of new bees and building activity filling out the hive. The queen is alive, I’m seeing brood at all stages from single egg to uncapped larvae and capped larvae, plus lots of honey stored. Looks like these girls are once again in good shape!