Summer was short in Montana this year. We had a bit of early summer in April, then it got colder again. I still ended up with lots of tomatoes — Cherokee Purple, Black Cherry, Purple Bumble Bee, Solar Flair, and Black Beauty. Few made it beyond green stage, though, before the first frost hit. 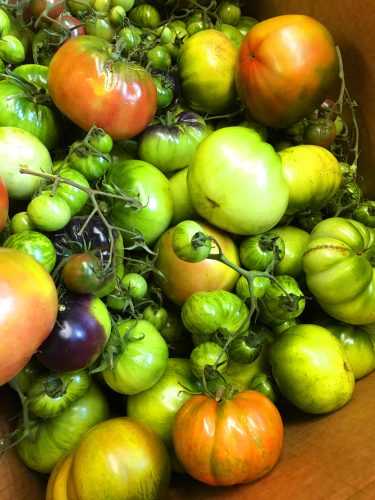 I made the mistake of trying to ripen the first green few on a sunny windowsill. They did turn color. The ripe flesh was grainy and mushy, though, and not good to eat.

For the rest I tried putting them in a cardboard box in the (relatively) chilly shop. The shop stays between 55F and 60F this time of year, which turns out to be perfect for slow-ripening tomatoes.

Once the tomatoes start to get a little color on them, I move them to the sunny windowsill. That did the trick. 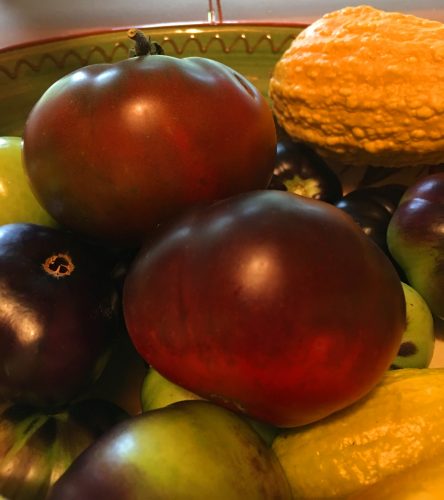 The resulting tomatoes are close to the taste of those naturally ripened outdoors in the summer sun. Much better than ripening indoors on the windowsill.