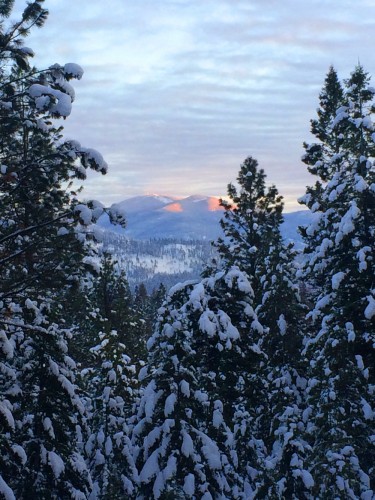 It’s been nine months since we moved here to Planet B. In that time, here are a few random things I’ve learned:

You can successfully store cheese without refrigeration by painting it with cheese wax and hanging it in a climate controlled area. 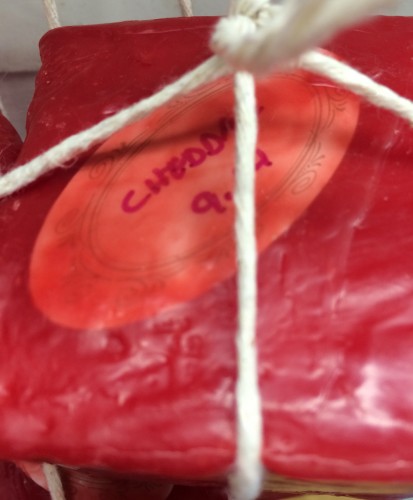 Mice, too, like climate controlled areas in winter, can jump really high, and think cheese is yummy. They are also industrious and like to nest in engine blocks — it doesn’t seem to matter that the car is being driven. Mine gathered its nesting material partly from the cheese wax and partly from the dried grass under the lawnmower — both of which are quite a distance in opposite directions from the car. Thankfully I caught the mouse several weeks ago before it could do any real damage, and haven’t seen evidence of any others since. 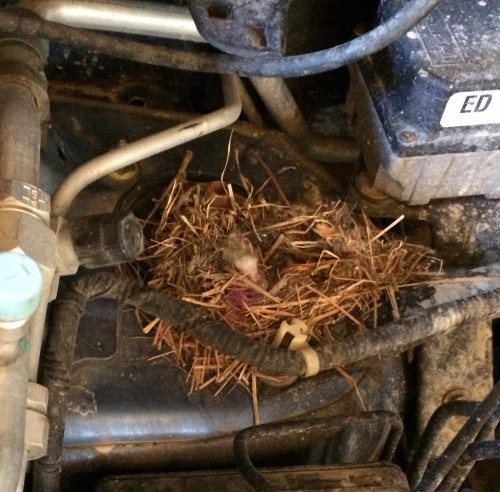 Worms flourished in the worm bin I set up, and created a lot of worm-casting rich compost to add to the big compost pile. That is, until the shop heater went out while we were away for the holidays and they froze solid. Bummer. I heard worms can reanimate after freezing, so put them outside to thaw with the spring. I now see the leftover compost and no worms, so either they became one with the compost or did indeed revive once they thawed and go on their merry way. I choose to believe the latter.

Bears and other critters haven’t disturbed the outdoor DIY compost bins. Plus, the bins work so well for making compost I’ve added a second. 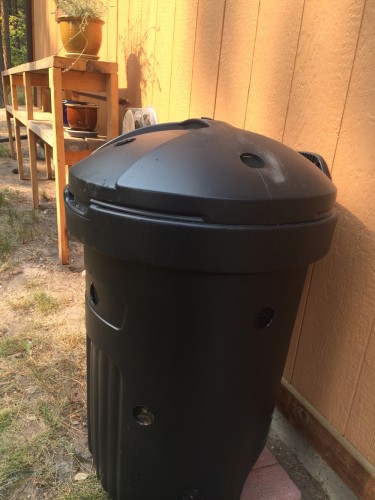 Some items I’ll leave out of future bins are corn cobs, avocado pits and skins, and store-bought tortillas. I wasn’t surprised the corn cobs and avocado remnants didn’t break down, but was surprised the tortillas looked just as they went in — aside from a little dirt. Makes me reconsider what kind of preservatives they have and if they’re healthy to eat. Otherwise, everything is breaking down nicely and some is already finished and ready to go in the spring garden.

Having backup food storage for winter is a really good idea. There were several snowed-in days and days when the steep road leading to town was too icy to drive to the store. 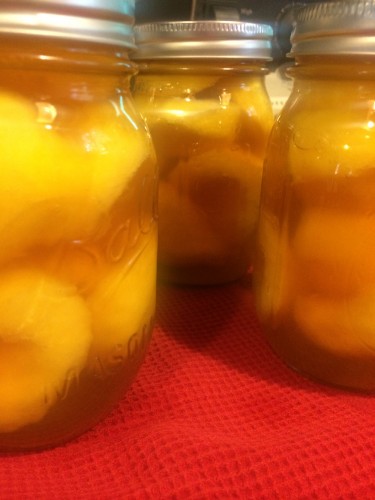 I ran out of homemade salsa and canned peaches — will have to  can more of those for next season. 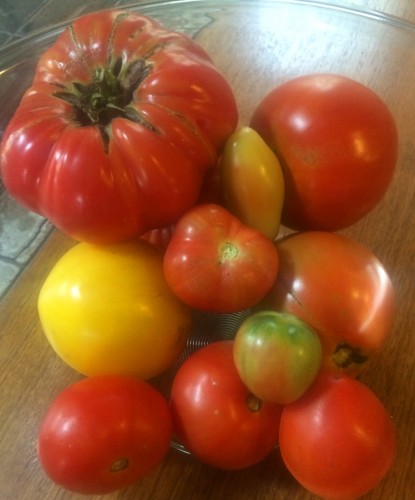 Other than that, we were in good shape!